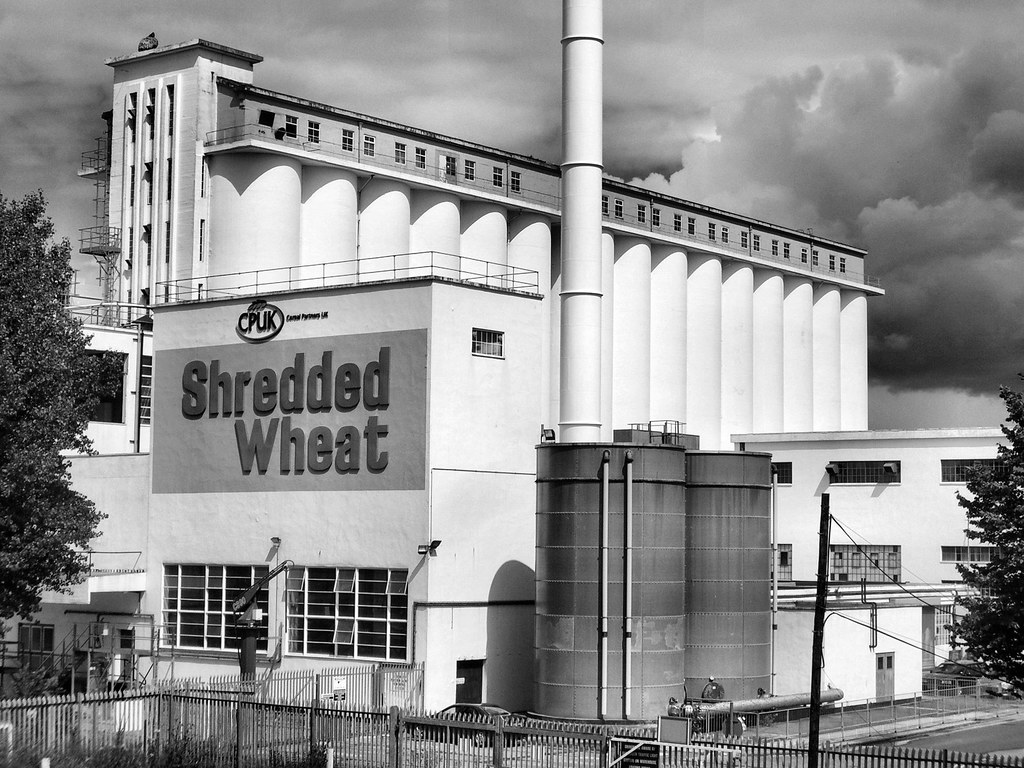 Today we continue our feature on Welwyn Garden City.

While the building of houses continued apace, it was important for the development of Welwyn Garden City that community amenities and places of work for the new residents of the area were developed too.

Louis was key to the landmark decision of Canadian-owned Shredded Wheat to open its first UK factory in the town, and naturally he and Arthur Kenyon designed the plant, which is still a prominent local landmark and forms the heart of the new ‘Wheat Quarter’ re-development which we have recently been working on. Smaller businesses were attracted to sectional factories in the industrial area of the town.

A list from 1929 shows 25 different firms. The Barclays Bank building was built in 1929 and a picture taken soon after its completion illustrates vividly how new this whole project was, as it stands in splendid isolation with open spaces on all sides.