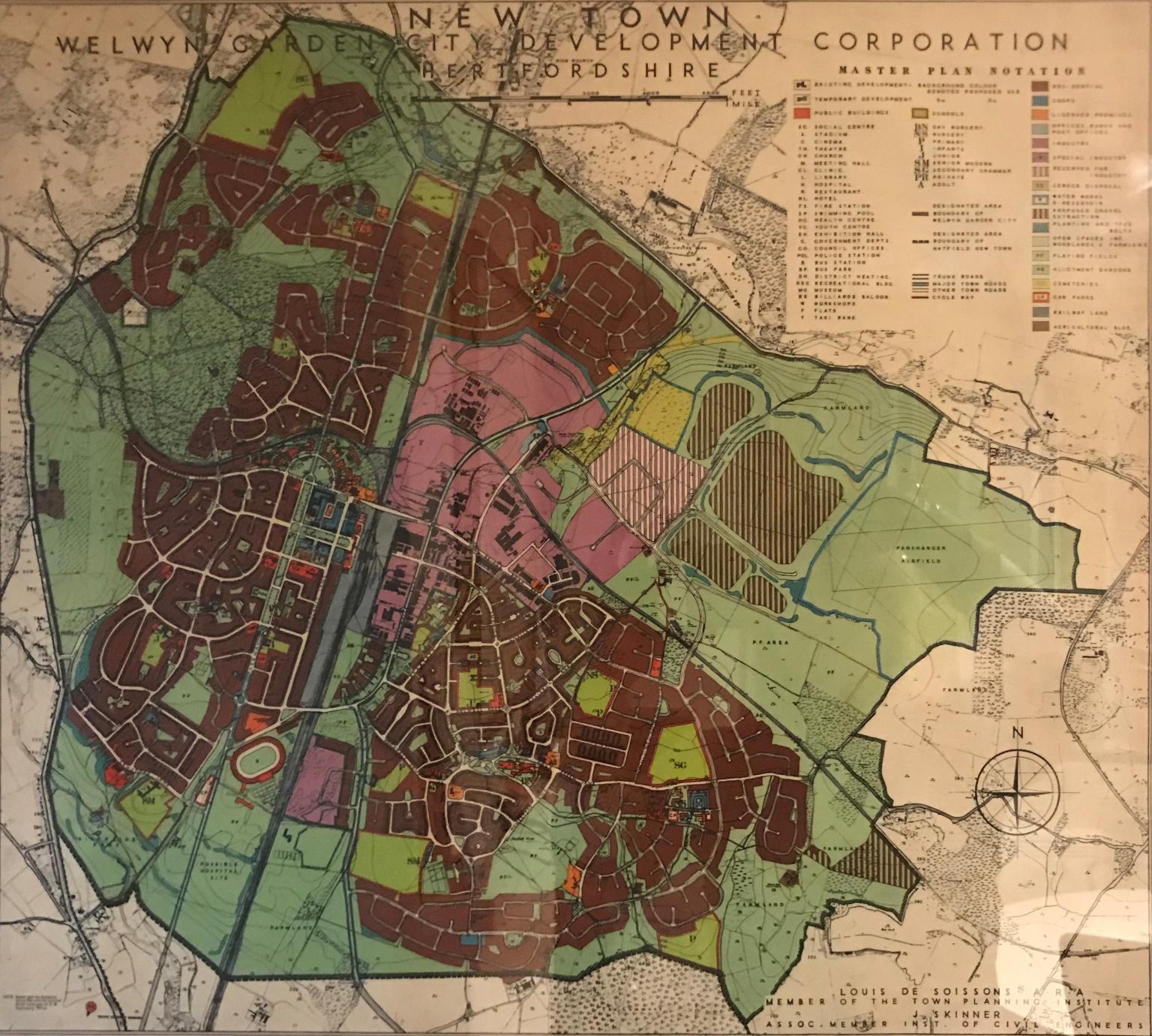 Today we feature Welwyn Garden City. The history of our practice is irrevocably entwined with that of Welwyn Garden City, which also celebrates its centenary in 2020. Having been alerted by RIBA president John Simpson to Louis’ suitability for the position, Sir Ebenezer Howard, the founder of the concept of the Garden City, invited Louis to share his vision for the new town.

Company folklore has it that Louis was operating out of an office in St James’s in London at that time but hired a location nearer to Welwyn Garden City for the day to match the other local applicants. He took with him a design proposal on a piece of paper measuring an impressive 12 feet by 12 feet – which duly won him the commission. Louis de Soissons was hired on April 26 1920, three days before the establishment of WGC Limited.

One newspaper observed that “those who have come into contact with him expect much brilliant work from him”.